In 1884 Danish Lutheran pioneers established Trinity Seminary at Blair, Nebraska, for the purpose of training men for the parish ministry. Reverend A. M. Andersen, founder of the institution, began teaching seminary courses in his home. Two years later, the first permanent building on the campus was completed. The main emphasis during those early days was on theology and, although some academic courses were offered, they were taught primarily as a background for theological study.  The need for additional academic courses was recognized but not fulfilled until 1899 when the Danish College at Elk Horn, Iowa, was merged with the Blair school. The result was the establishment of Dana College as a separate educational institution.

Gymnasium
“Two years later, (1902) Sigurd Anker, son of the president and a member of the faculty, led a successful drive to construct the first gymnasium on campus.  Completed at an estimated cost of $1,200, the sixty-four by thirty-foot frame structure stood just to the east of present-day Elk Horn Hall.  Young Anker used the building to instruct students in precision gymnastics.  (page 48, A Place Call Dana.) 1928 the building was sold to a farmer for lumber.

Central Heating Plant  (Boiler House)
1916  “brick building with a smokestake so tall that it rivaled the tower of old main was constructed on the south edge of the quadrangle, just to the south of present-day Agro Hall. ($9,000) 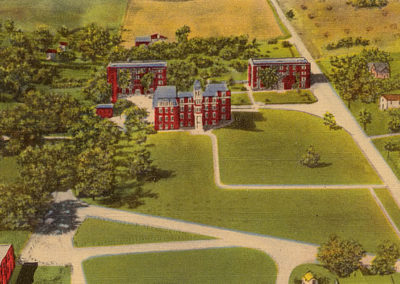 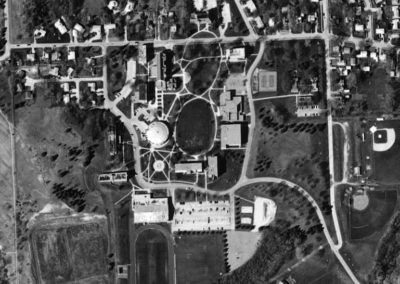 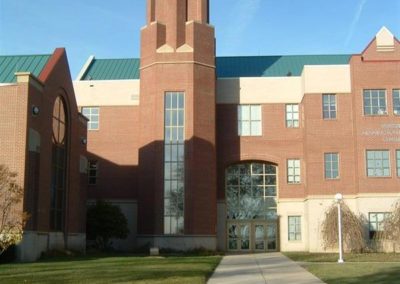 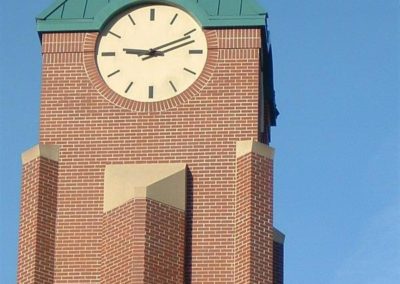 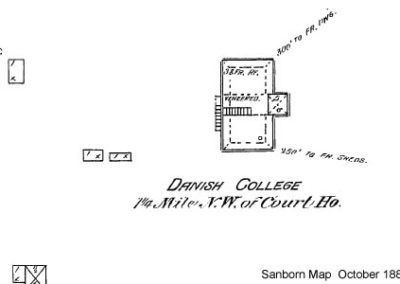 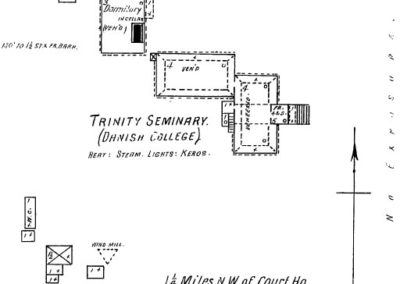 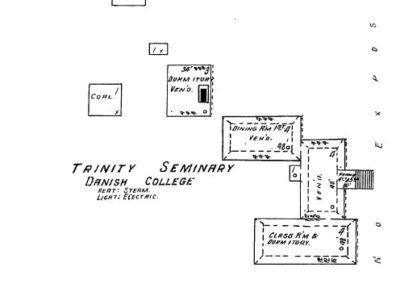 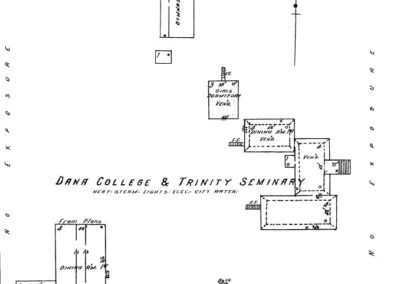