Center section of Old Main soon after its completion in 1886. Note the open tower. The man at the foot of the stairs to the left is probably President A.M. Andersen. The architectural style of the building is French Second Empire, which was popular at the time. 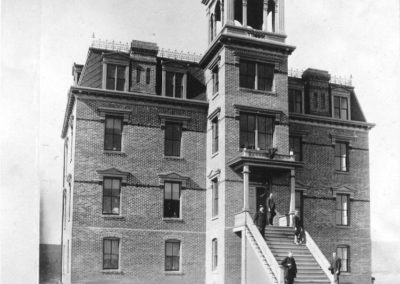 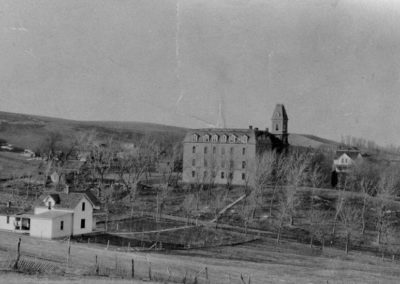 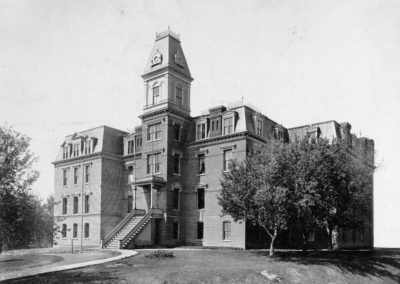 Old Main – prior to WWII 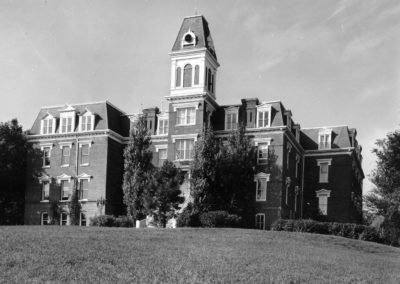 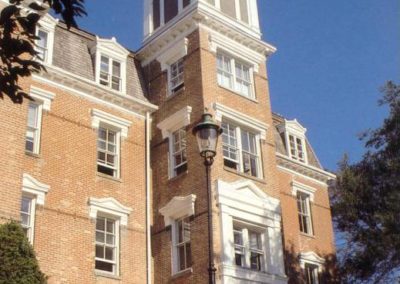 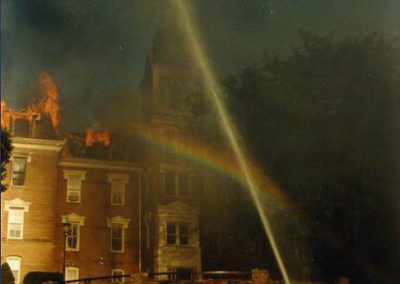 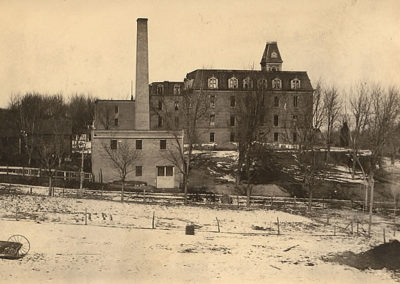 Photo taken from the South showing Old Main on the left, the boiler house in the center (with the smoke stake) and the old Women’s? Dormitory to the right of Old Main (just behind the smoke stake.) Original Photo Post Card, from the Dana College Archive Scanned 2006 /Catalog No. DAN-0018 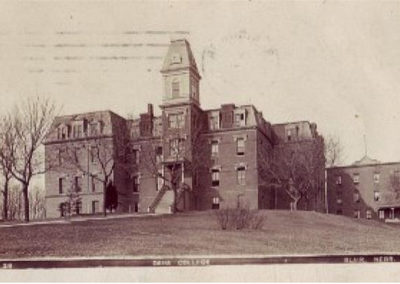 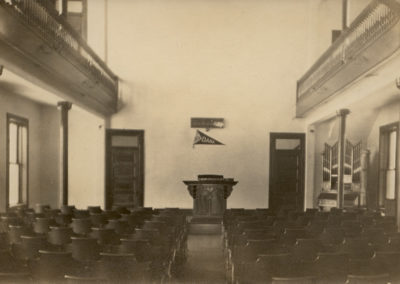 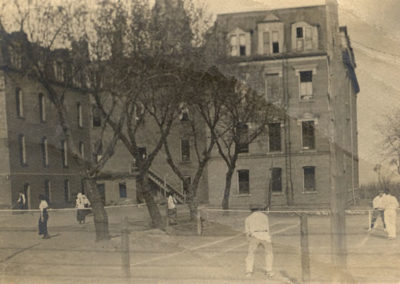