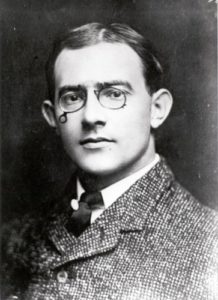 One goal was to build a “Coast-to-Coast Rock Highway” from Times Square in New York City to Lincoln Park in San Francisco. The second goal was to make the Lincoln Highway an object lesson that would, in the words of its creator, Carl G. Fisher, “stimulate as nothing else could the building of enduring highways everywhere that will not only be a credit to the American people but that will also mean much to American agriculture and American commerce.”

In 1939, Fisher died. He had lost most of his fortune, a victim of the collapse of the Florida real estate boom in 1926, a disastrous hurricane that devastated Miami Beach in September of that same year, and the Wall Street Crash in 1929. The Crash forced him to abandon his last big project, a resort hotel in Montauk, New York.