From the News Papers
December 5, 1891, Blair Courier reported “A Big Blaze” destroying the I.O.O.F Building. (This would have been the old wooden structure before the 1892 building that stands today.)

From the Minutes of the Blair City Council
February 1892 — It was moved and Seconded, that the I.O.O.F. Lodge be granted the privilege to use 5th & Washington Sts. (under supervision of city authorities) for piling up material during the construction of their new building. Motion Carried.

March 1892 — On Motion, The I.O.O.F Lodge was granted permission to put ashes, brick, etc. on the dump, on road to Dexterville.

The Bee Hive Store
In the early 1900’s Mr. O.C. Thompson operated the Bee Hive Store on the ground floor of the building. This was a popular gift and grocery store. Today a number of “souvenir” china with images of famous Blair Building can be found in antique shops. My of the items are marked with the Bee Hive Store name.

Young’s Cafe
In the 1930’s & 40’s the building was leased by the Safeway Store. In 1945, John W. Young, Sr. and his wife Florence opened a cafe one the ground floor of the old I.O.O.F building. The Youngs sold the cafe to Margaret Hansen from Logan, Iowa who ran the restaurant for several years.

In the Late 1950’s early 1960’s Dave Mummert purchased the restaurant. In 1963, Dave Wulf operated the restaurant under the name Colonial Corner between (about 1969-1971). Mummert later moved the restaurant to the north corner of the same block. When the building opened up, Kenneth Jensen operated a men’s clothing store “The Blair Clothing Store.” Kenny’s daughter, Betty Peare ran the store for a time as did her son Joe Peare. The building was purchased from the Oddfellows by the Jensen family sometime during their lease. 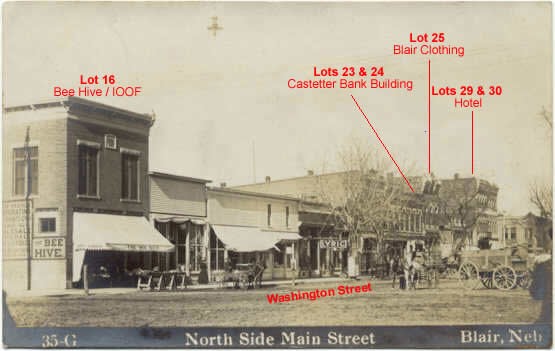 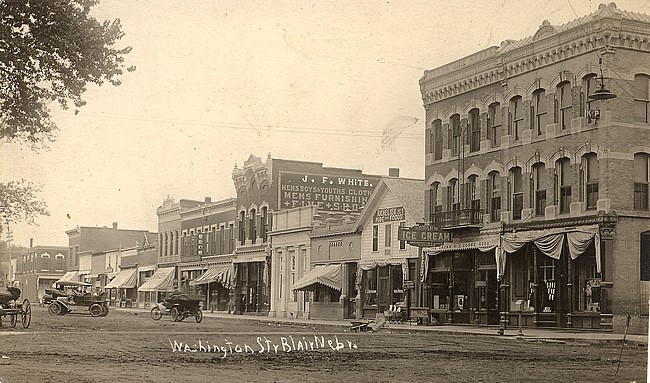 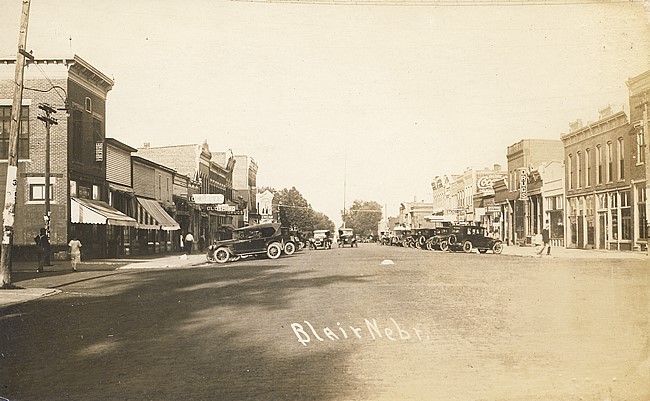 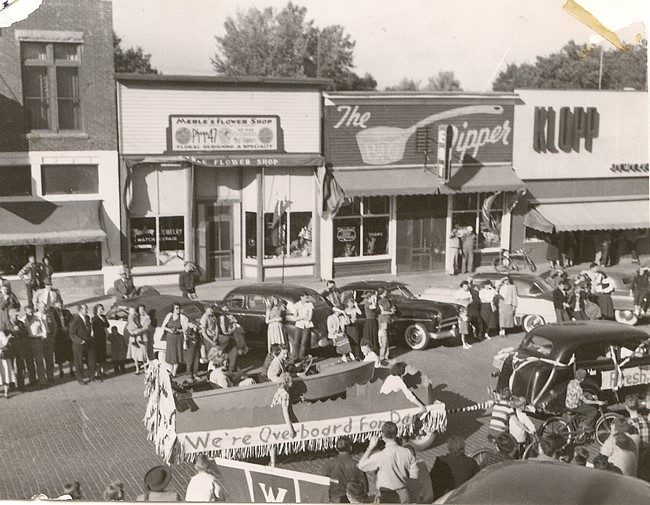 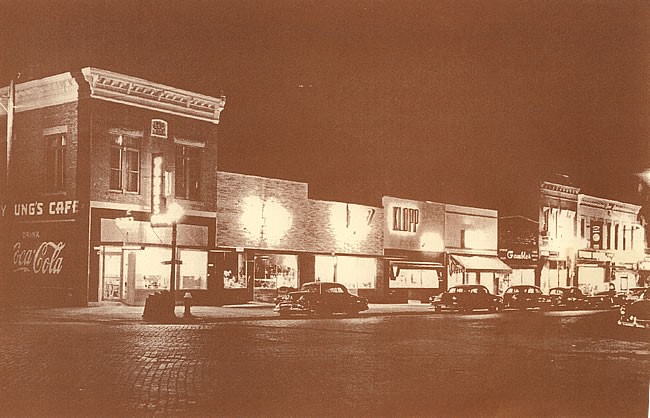 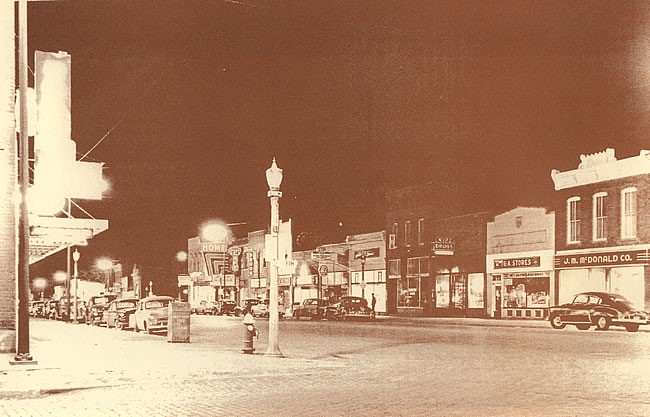 A night view of Washington Street towards the Southeast at Block 46 — early 1950’s with brick streets and street lights.