Washington County was among the earliest formed in Nebraska, having been established in 1854. Desoto and Fort Calhoun were the first county seats but in 1869 it was assigned to Blair. A 40×40-foot square brick building that had been designed as a school was first used. Twenty years later, amidst controversy over the need for a new courthouse the vote was 126 to 874 in favor of floating a $35,000 bond issue for the new construction.

Work began in 1889 under the direction of architect O.H. Placey and a Romanesque Revival-style design was selected. The builder was Richards and Company. They constructed the footings and foundations of limestone and the walls were laid up of St. Louis pressed brick with trim of Warrensburg Stone. There was considerable controversy during the construction. Some of the work was rejected and replaced and the architect resigned. Finally in 1891 the work was completed.

Numerous face lifts and improvements were made to the building beginning in 1936 with a $10,000 renovation by the WPA. The Treasurer’s office, the court room and the 3rd floor all have been remodeled. In 1995 a new addition and a complete renovation of the old building was dedicated. 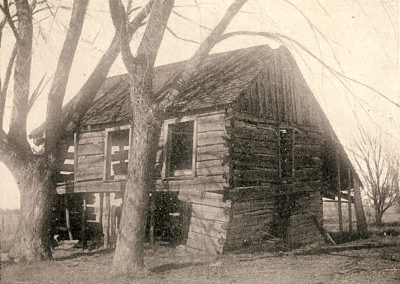 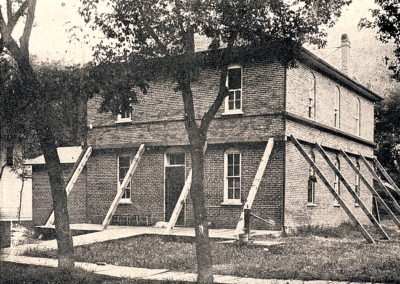 In 1869 the County Seat was moved from Fort Calhoun to Blair. This brick structure, located at the corner of 19th & Grant Streets was built to be used as a school house but was purchased by the county to service as a Court House. In the late 1880’s began a movement to built a new court house. The Grant Street Court House was made to look more dilapidated that it really was by attaching props that appeared to hold the building up. Scan of Screen Print in Book Men & Women of Nebraska: A Book of Portraits, Washington Co. Edition, 1903, Edited by Daniel M. Carr/Catalog No. WCH-0011 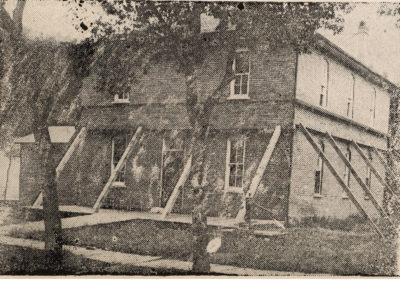 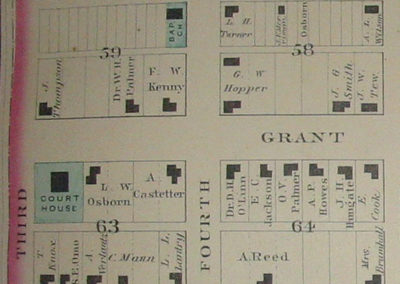 The location of the old county court house in Blair was in the Northwest corner lot of bock 63 — on the corner of Grant and Third Streets (present day Grant & 19th Streets). 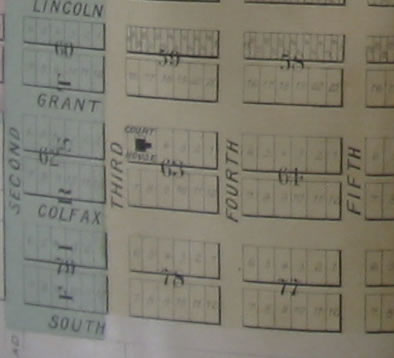 According to the 1894 Plat Map, the location of the old Court House in Blair was on the corner of Grant and Third Streets (present day Grant & 19th Streets). The site for the present day Courthouse (which was building in 1889) was lists as “Jail Square.” 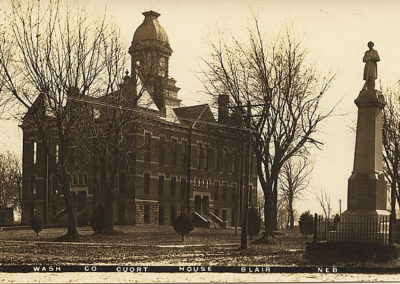 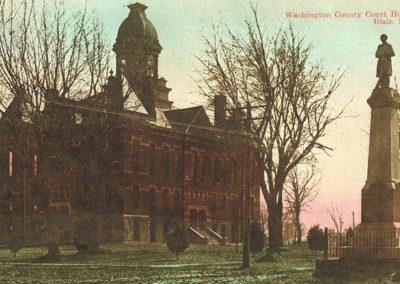 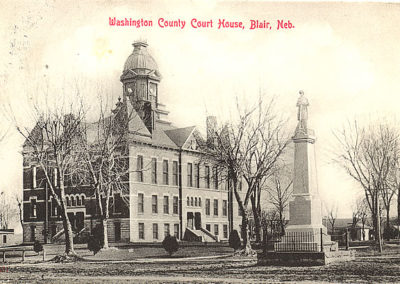 View towards the South east at the corner of Colfax Street and Walker Avenue (16th Street). Half-tone Photo Post Card from the Nathan Kramer Collection./Catalog No. WCH-0009 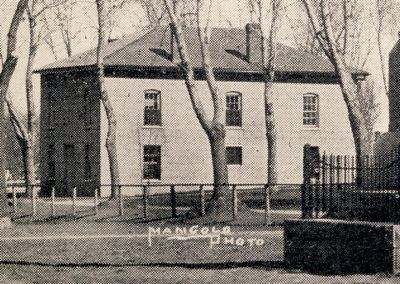 Jailhouse East of the Courthouse 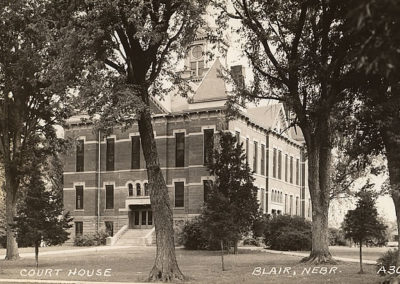 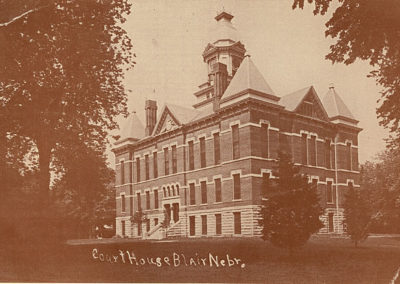 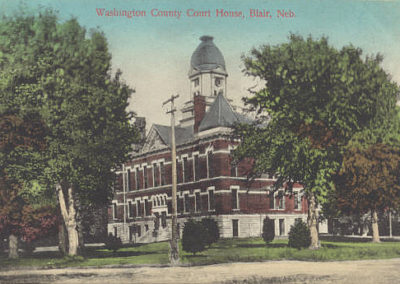 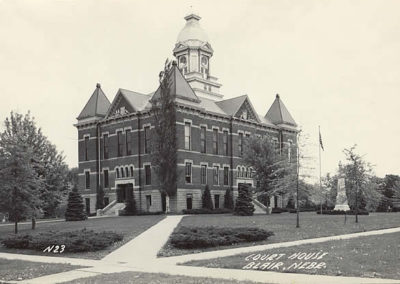 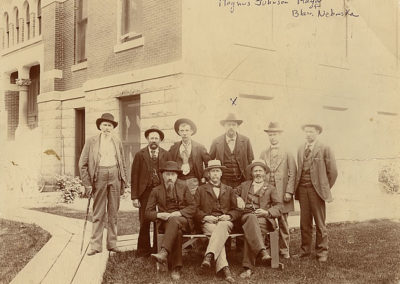 Nine leading citizens pose in front of the Washington County Courthouse. The man identified with an “x” is Mayor Magnus Johnson. Scan of Original Photo from the collection of Janet Foley O’Hanlon /Catalog No. WCH-0002 – Published in the Historic Picture Calendar April 2007