The Renovated 1880 Depot celebrates five years in the park 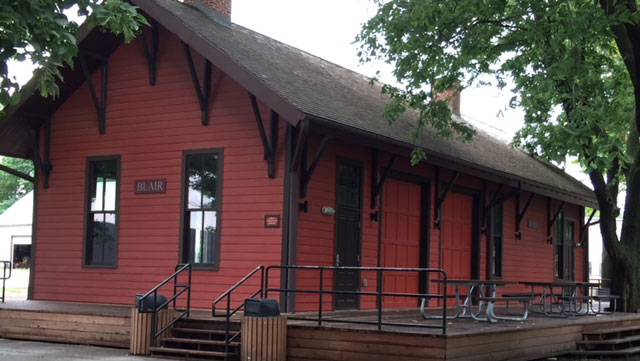 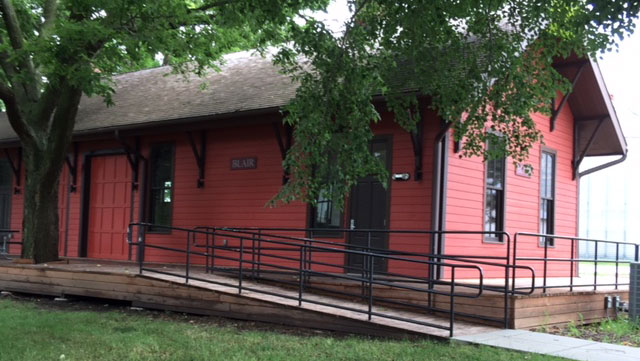 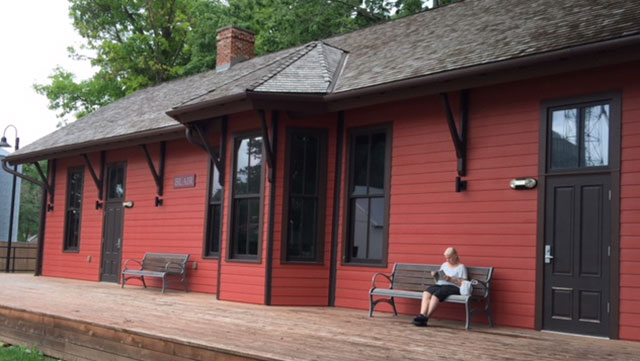 In 2007 the Blair Historic Preservation Alliance began a project to move, renovate and repurpose the 1880 wooden train depot. By 2013, the structure was ready to be dedicated and put to use by the Blair community. Quoting from a Omaha World Herald article written by David Hendee in June 2013:

“The depot was Blair’s front door for 30 years until it was replaced by a larger brick structure. The wood building was moved a few blocks away and used for storage and freight. Another move and the passage of time left the 19th century depot in the shadows as a seed and feed company storage shed with boarded-up windows. Mathiesen Grain Company announced plans in 2007 to build a large storage bin on Front Street where the relic stood. The company was sensitive to the historic significance of the old depot and offered it at no cost if it could be moved.”

The Blair Historic Preservation Alliance, under the leadership of Tom Kranda and Ed Jipp, worked with the city to move the depot for a third time the two blocks to Lion’s Park. Over the next 6 years funding was slowly secured and the Omaha architectural firm of Alley Poyner Macchietto designed the renovations with Calebretto Construction of Omaha as the general contractor.

On June 29, 2013, the BHPA hosted a dedication celebration of the Depot in the Park with speeches, entertainment and a ribbon cutting ceremony enjoyed by a large crowd of impressed residents.

Since 2013 the Depot has become a popular venue for graduation and birthday parties, family reunions and public concerts and community events. In 2018 the City of Blair constructed a large public restroom facility a few feet away from the building to accommodate the many people who use the Depot, Lion’s Park and the bike trail.

New restroom for the Depot 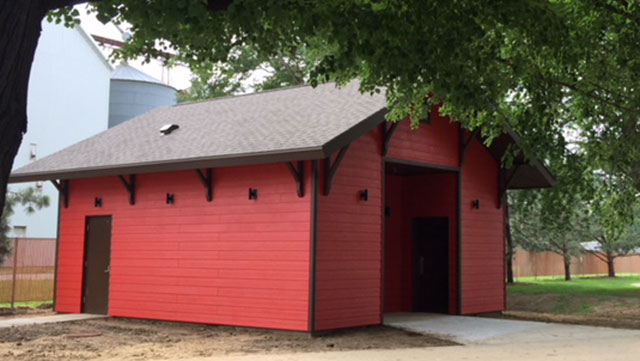 In 2018, the BHPA donated $1,000 towards the construction of a climate-controlled restroom that was built next to the depot. This facility makes the depot an even more valuable resource for Blair and its residents.

If you look at our website you will see that the BHPA is an “advocate for the protection and appreciation of the city’s historic assets.”

Eleven years ago this month, the BHPA joined forces with the City of Blair to launch the Depot in the Park Project. At first it was met with some skepticism, and rightly so. At that time, what appeared to be a forlorn and deteriorating storage shed along the train tracks was re-discovered as the original 1880 Blair Train Depot. BHPA began a campaign to save it and in April it was moved to Lions Park, placed on a foundation created by local volunteers and waited to be restored. It took some time and effort from a number of people but by 2013, the Depot was beautifully restored and re-purposed as a multi-use gathering place for the entire Blair area community. I can’t even imagine how many hundreds of people have attended birthday and graduation parties, family reunions, music events and meetings in the Depot.

We are very proud that our vision became a reality and are grateful to the City of Blair for being a partner in making it happen and for maintaining it today.

A result of this success, (and so many people using the Depot), has been the need for an additional project: a new public restroom. It needed to be close enough to the building to be used for both inside and outside activities and be accessible to the Bike Trail. It also needed to be available all four seasons.

We commend the City for their efforts in making this additional project a reality and would like to show our support by donating $1,000.00 to the Depot Restroom Project.

BHPA would also like to issue a challenge to other organizations and individuals to join us in making a contribution. Any amount, large or small, lets the City and Parks Department know how much we appreciate all our city parks and the Depot in particular.

So, again, thank you Mayor Realphs, City Council members and city staff for your support in preserving, protecting and making USEFUL our many historic assets in Blair. And now, who wants the check?

Media coverage on the Depot 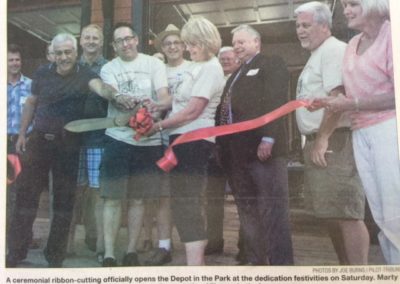 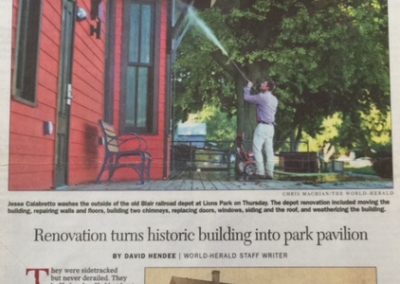