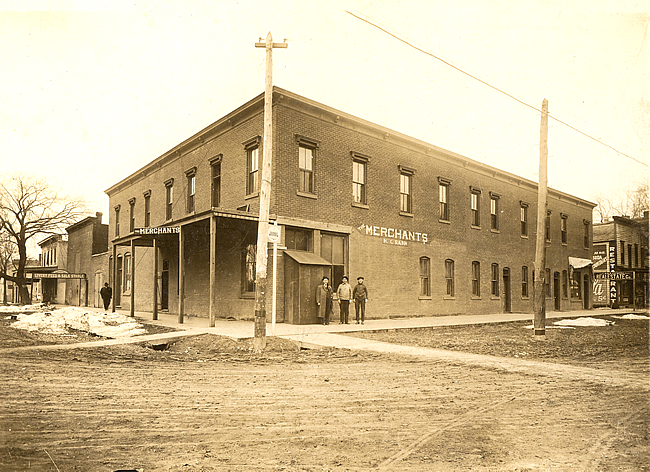 Located in the parking lot area of the Enterprise publishing building.

According to the 1890-1891 Business Directory and Farmer List Published in the Nebraska State Gazetteer, Gutshow Joseph, prop Merchants Hotel

Major J.F. Cheney
Senior proprietor of the Merchants and Depot Hotels at Sioux City, Ia., also of a Hotel at Blair, Neb., and the Union Hotel at Missouri Valley, was born in Grafton county, N.H. In 1861 he enlisted in the 1st Ill. Light Art. as a private, was soon promoted to first lieutenant, then to captain, then to major and when discharged at the close of the war was lieutenant colonel. He then opened the Nachusa house at Dixon, Ill., also a summer resort at Spring Lake, Mich., called the Spring Lake house. He moved to Sioux City and opened the Merchants Hotel, in 1880, and his other hotel soon after. Major C. is one of the oldest hotel men in the country, and all of his hotels will be found to be first class. Source – http://freepages.books.rootsweb.com/~cooverfamily/western_42.htm 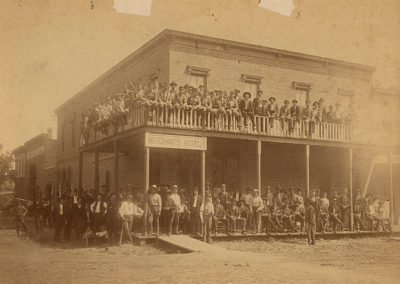 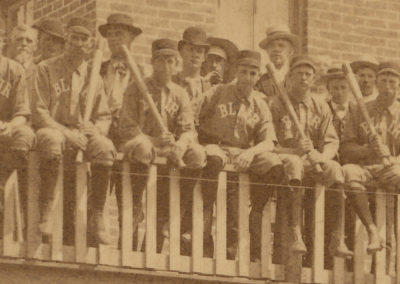 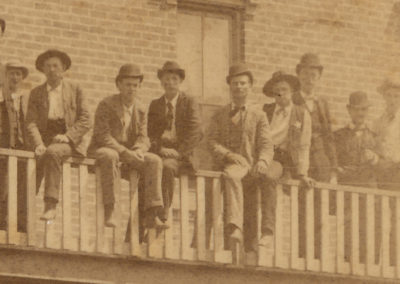 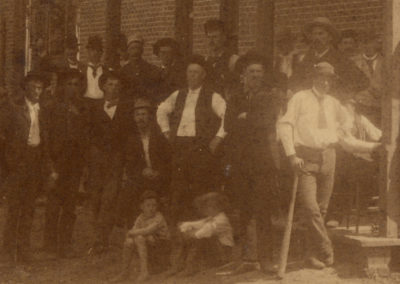 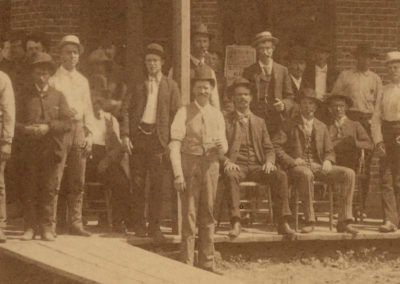 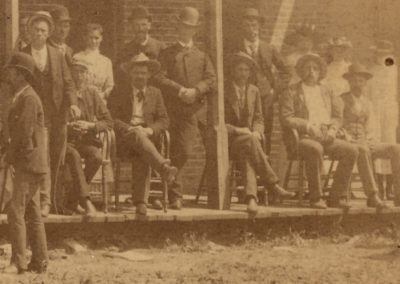 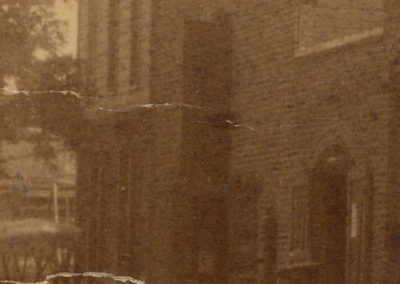 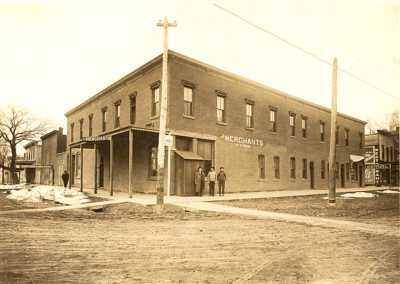 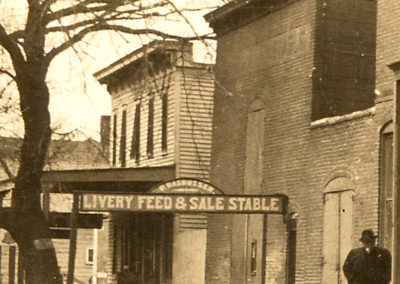 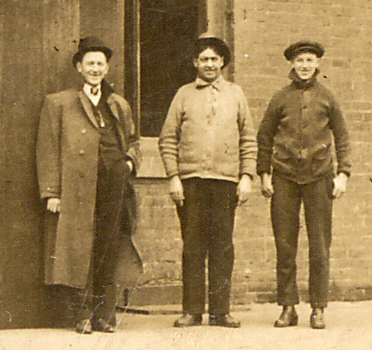 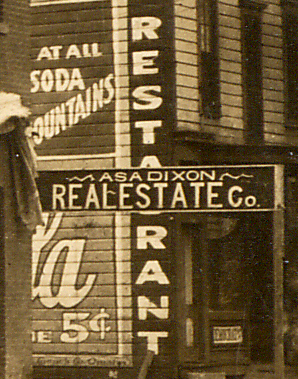 A hotel register for the Merchants Hotel is available at the Washington County Museum Library. April 28, 1895 to September 11, 1896. Loaned by E. N. Bowles. Joseph Gutschow, Proprietor. The first page (Sunday, April 28, 1895) records the signature of a John I. Blair from Chicago as one of the guests. 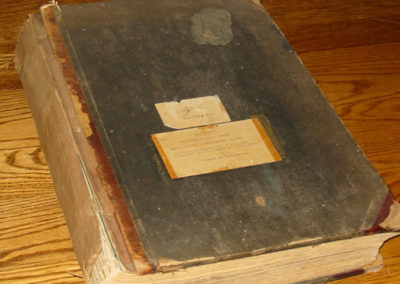 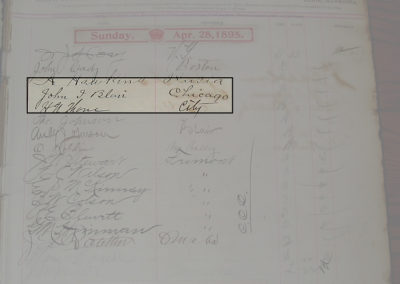 John Blair pays a visit to the Merchants Hotel 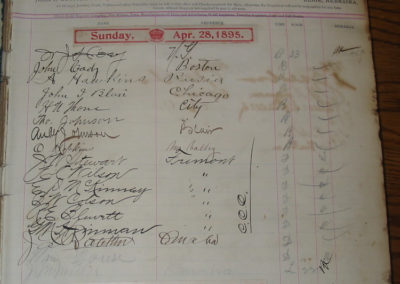 Front page of the registry book. 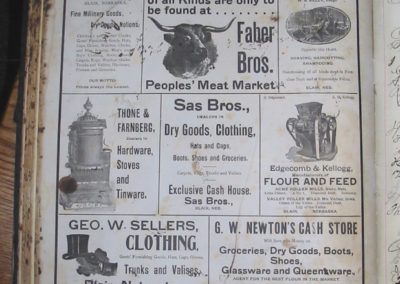 Local advertisements in the registry book.