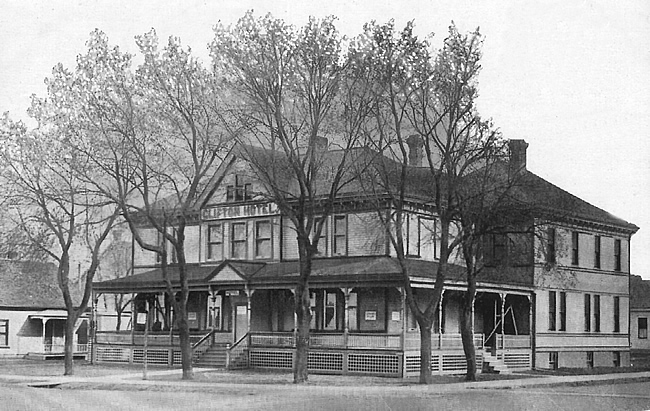 The Landmark Inn at Fourteenth and Front Streets has one of the most colorful histories of all the historic buildings in Blair. It started out as a hotel, just across the street from the depot, but beginning in 1891 it housed the Keelekure Institution for Alcoholics. They advertised a “cure for liquor, opium and other nervous diseases through the exclusive use of Dr. Leslie E. Keeley’s Double Chloride of Gold Remedies.” The institute was moved to Omaha in 1900 and the building again became a hotel. For many years, it operated as the Clifton Hotel. In its early days, it had 28 rooms, four of which had running water. Kathryn L. (nee Fitch) Sorensen (1935-2004) purchased and restored the renamed Landmark Inn from 1983 until 1993. Once Owned by Al Dunning until 1986. 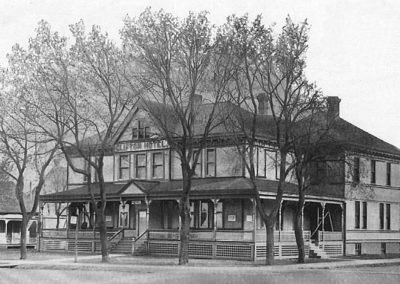 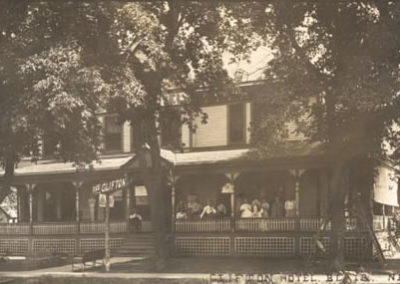 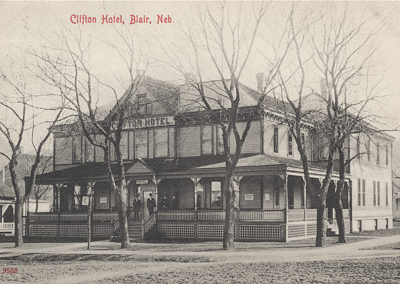