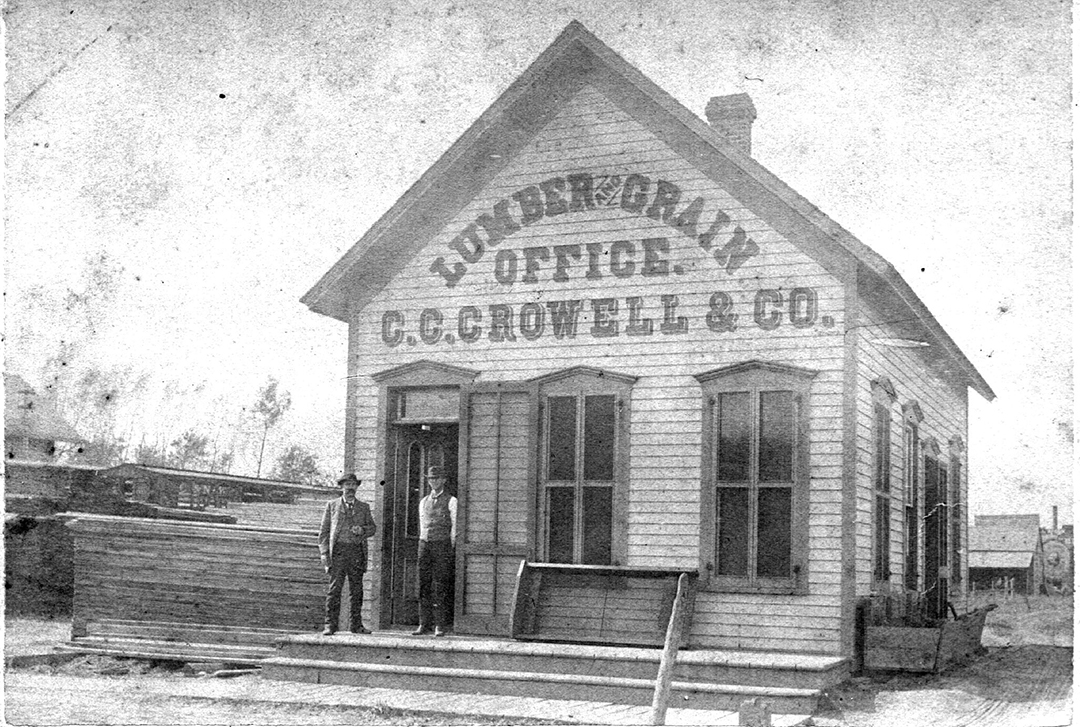 While searching for for information within the historical archives of my own town (Dennis, Massachusetts), I came upon a photo of a lumber business owned by C. C. Crowell. After a fair amount of research, I’ve determined that this is/was located in YOUR community, not ours. Christopher Columbus Crowell was a native son here, his childhood home still standing not two miles from where I myself live. He and several other young men (at least three that I know of) settled in the Omaha/Blair area of Nebraska in the 1870s, using funds provided by their wealthy former sea captain fathers to “make their way” out West. The backside of the photo indicates Austin Preble Howes on the left. The individual on the right is not identified, nor is the location. The letterhead on the portion of a letter that C. C. mailed to his father is what leads me to believe that the Lumber company photo was taken in Blair, Nebraska.