In 1881, news came to Blair that the a railroad bridge was to be built over the Missouri River connecting the tracks through Blair and the line to the North & East. This was good news for the town. This started a 10 year period building two and three story brick structures through at the town.

The old Bank Building was built on the corner of the main crossroads of the rising town — Washington Street (the main business district) and old Walker Avenue (today, 16th Street.)  At the save time, Arndt Hardware store was construction in the lot just to the north.  The brick work of these two builds, (and many others in town) was done by John Moore (the father of Philip Sheridan “Sherry” Moore. Sherry Moore was the father of Ruth Blanchard.)

Over the years, the bank building was also used as the offices for the Enterprise Newspaper, dentist office and a barber. It was also known as Mathiesen Building, the Huber Building and is currently (as of 2016) known as Two Blair Place.

In a photo published in the 1908 county plat map, the second floor window shows a sign marked “Dentist”  and the basement level has signs labeled “Bath” & “Shave.”  There is evidence from other photographs and maps that the Blair Democrat Newspaper offices were accessed from a doorway on the south side of the building. That door has since been bricked over.

Today, the building interior still retains several original features. The front office space where the bank tellers were located still has some of the early floor tiles.  The bank safe is still located in this area. The stairway to the second floor and some of the doorway woodwork is from an early era.

A Note from Dick Lippincot
I had many haircuts in the basement of that building as well as having my shoes shined while I waited to get into Fred Nemetz’ chair.  I also had gold hammered into my front teeth by Dr. Jipp (Ed’s father) in that building.

Other occupants of the build were: 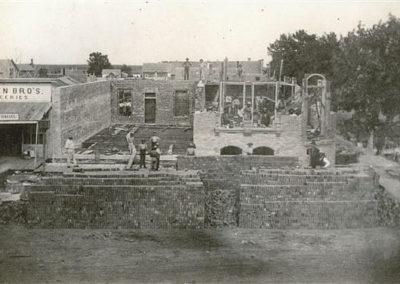 Looking towards the east at the corner of Washington Street and Walker Ave. (now 16th Street) The arch on the right side is the doorway (in the corner) of the building. Washington County Museum (Blair Scrapbook)/Catalog No. DWT-0061

Block print image from Andreas’ History of the State of Nebraska. Online scan/Catalog No. DWT-0060. 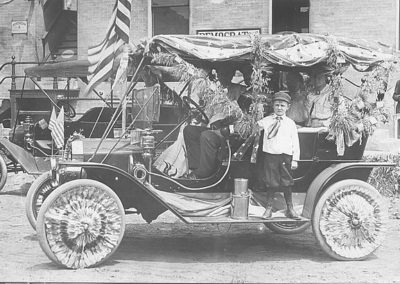 E. Clark Lippincott on running board. Ephrain Coles (E.C.) Lippincott and wife Emma in Front sit. Mary Lippincott Hetcher & Winnifred Gould in back. Building in the background is the south side of the Blair Bank building (2 Blair Place) at the corner of Old Walker Avenue (now 16th street) and Washington Street. Note the sign above the car for the Blair Democrat newspaper, which was housed in the basements of the building. Also note the stair way on the left site of the photograph that is now closed off. 5 7/16 inches x 3 7/16 inches. Original Photo Post Card owned by Patricia Hunsche. Catalog No. SEN-0001 Dated 1912. Post card back. Back has identifying writing on back obscured by black residue — most likely removed from a scrape book page. 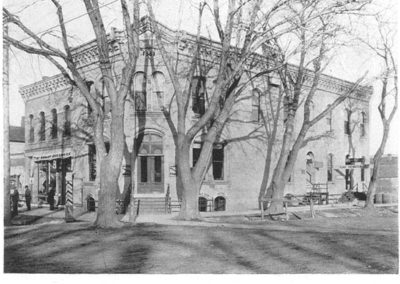 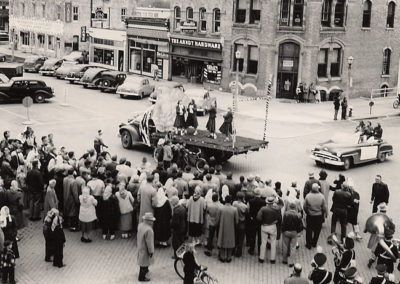 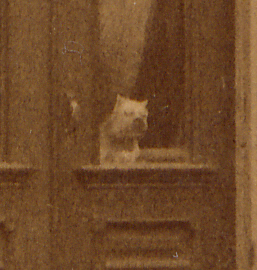 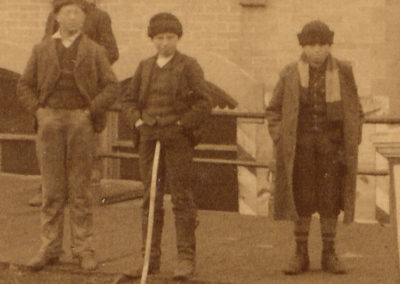 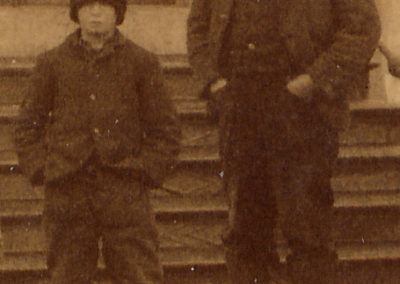 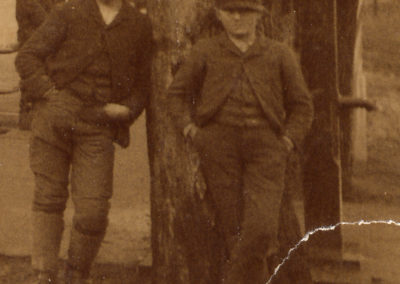 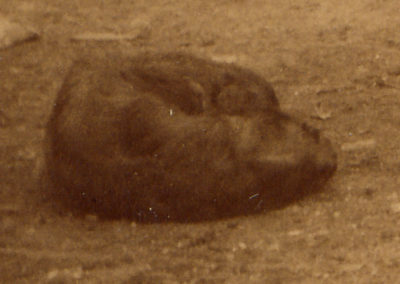 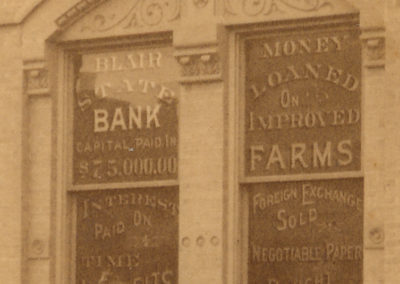 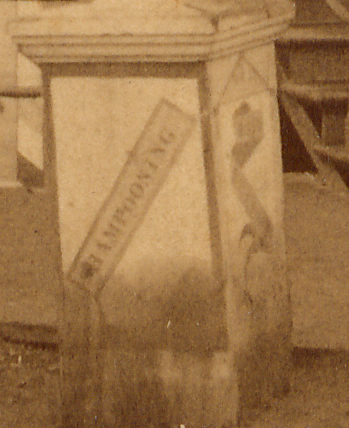 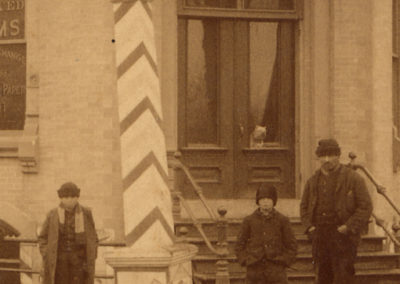