Erected: 1898
Located: Middle of the intersection of Old Walker Avenue (now 16th Street) and Colfax Street, Moved to the west side of the Court House in 1939.

A landmark in the courthouse square is the monument erected in honor of the Civil War soldiers buried in Washington County. The statue was dedicated Memorial Day (May 30th), 1898. It was originally intended for another town but the soldier’s musket had been damaged so that town refused to pay for it. The statue was held in Omaha for freight charges. The cost was to have been $1600*, but Blair purchased it from the railroad for a mere $60.   It stands 24 feet high.

A “white bronze” (an economical casting material) statue of a conventional figure of a soldier at parade rest on the pedestal made of Italian Marble. The figure steps forward on his left leg holding the rifle centered in front. The butt is parallel with the direction of his feet and extends beyond the statue’s round base. Forearms are horizontal as he holds both hands on the rifle muzzle, left over right. He wears an overcoat with waist belt suspending cartridge box and bayonet. The overcoat cape falls to the forearms.

The inscription on the pedestal reads:

The statue stood in the middle of Walker Avenue (16th Street) between the schoolhouse and the courthouse until 1939 when the city decided the statue was a traffic hazard and moved it to its present location.

Other Monuments in Blair 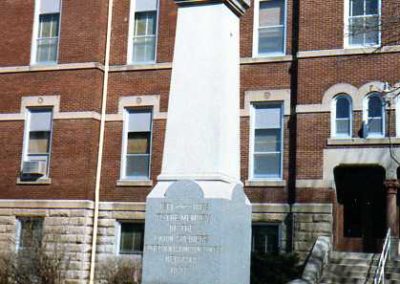 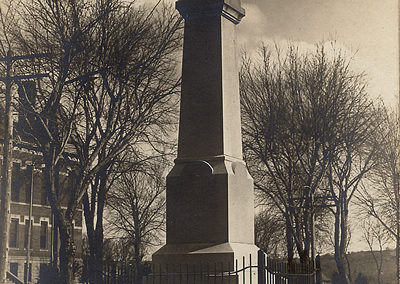 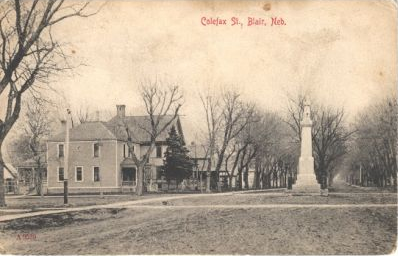 Soldier’s Memorial Monument in the middle of Walker Avenue and Colfax Streets on the right side. Screened photo postcard. Unknown Internet scan/Catalog No. RES-0001 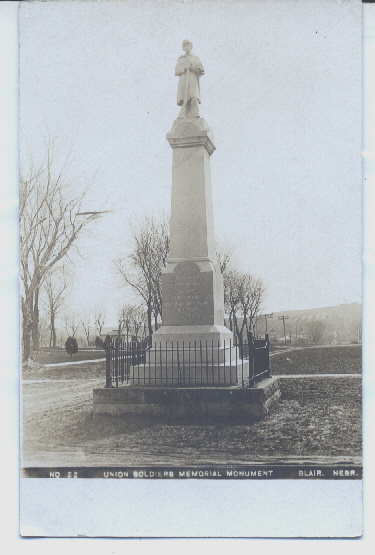 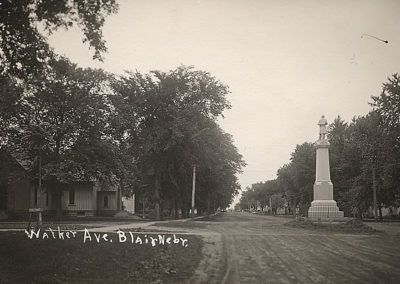 Congregational Church at Colfax Street to the left of photo. Soldier’s Memorial Monument in the middle of Walker Avenue on the right side. Real Photo Postcard – Nathan Krämer Collection/Catalog No. SEN-00/ 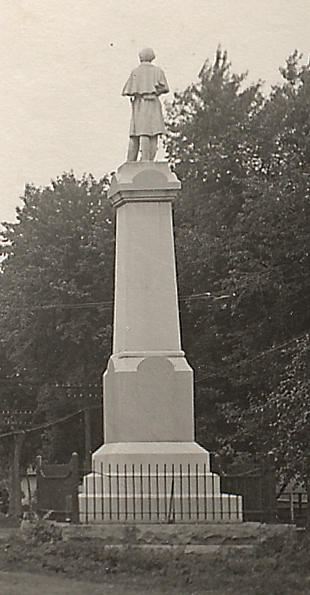 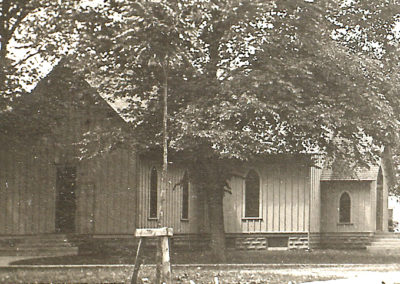 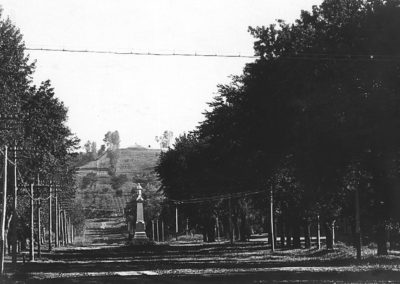 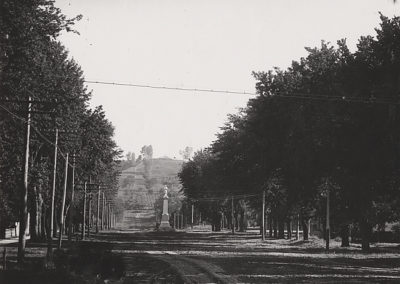 Soldier’s Memorial Monument in the middle of Walker Avenue and Colfax Streets in center. 8″ X 10″ B & W Copy Photo BHPA Collection/Catalog No. SEN-0004