Early in 1965, a railroad map shows a proposed rail line over the Missouri river and through the Carter Valley (now Blair).  The speculation of this line interested John I. Blair, whose company bought up the land on the Nebraska side and platted a town, named for Mr. Blair.  Train traffic was ferried across the river (or by ice bridge during the cold frozen winter) until a bridge was built in 1883.  Rail lines were laid north of through De Soto, Blair, Herman and further north. 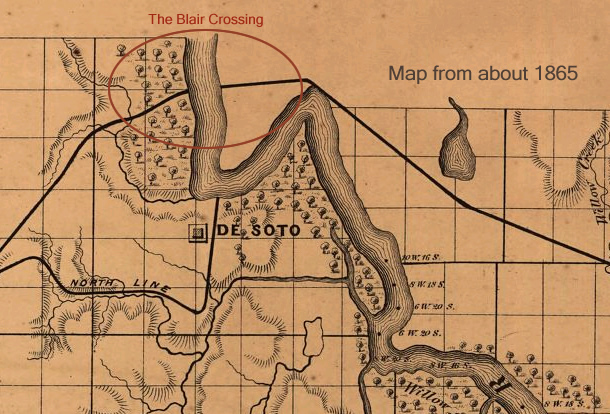 Map of the area from about 1865. Note the rail line across the Missouri river, just north of De Soto where eventually the town of Blair would spring in 1869 and a railroad bridge would span the river in 1883. Map source. 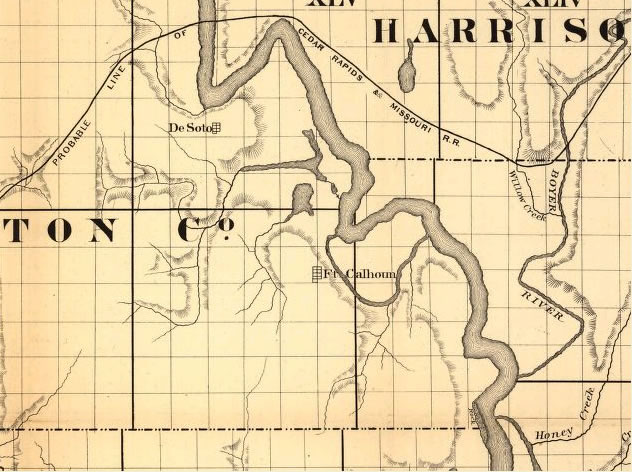 Map of the area from about 1865. Showing Probable Line of the Cedar Rapids & Missouri Railroad across the Missouri river, just north of De Soto. 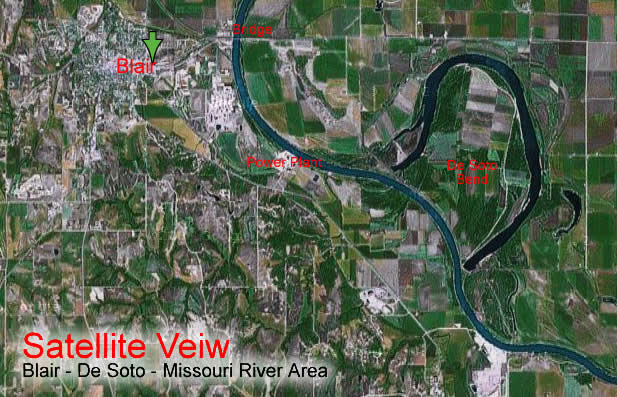 Satellite view of Washington County that illustrates the railroads that used to be abundant throughout our county.