In 1856, the seeds were planted that grew into the present United Methodist Church of Blair, Nebraska. Rev. Collins, Methodist circuit rider, was appointed to preach the gospel in eastern Nebraska, working as far north as Decatur and south to Florence. In 1857, J. B. Spellman took charge of the DeSoto Mission as it was called then, covering all territory between Omaha and Decatur, including Fontanelle.

In 1865, the Rev. A. G. White was appointed to the DeSoto Mission and a parsonage was built at Ft. Calhoun and a church at Cuming City. This church cost $900.

In 1883, the cornerstone was laid for the second building, it being completed in 1884 at a cost of $7,000.00. An elegant looking building in the early 1900’s, it had a tall spire and belfry, Gothic shaped windows of leaded glass, a crystal chandelier, a carpeted center aisle and an imposing looking organ in the center of the chancel. Later, the steeple was removed for safety, and the interior remodeled to make more room. It served the Blair congregation until the present building was consecrated in August of 1951. It had been erected at a cost of $160,000.00.

Elsewhere in this book, you will find Rev. Homer Dickerson’s story of how the fund were raised. Membership at this time was 635. Brochures mementos and pictures of this period are in a scrapbook kept at the church.

There was a debt on the church and plans were made to pay this off, systematically, in 10 years. So, on May 28, 1961, the church was dedicated, debt free. Membership was 840.

During those 10 years, the church was kept in good repair, stained glass windows were added to the nave and other furnishings and improvements added to make the church more complete. Most of these extra features were added by the use of memorial funds. The next achievement of the congregation was to buy a suitable parsonage. The “Elmer Wright” house in the same block as the church was obtained at a cost of $20,000. It has been kept in good repair, painted and carpeted.

The entire church has been air-conditioned, new furnace installed and carpeting added. A pipe organ was given by L.L. Snyder as a memorial to his wife.

The women of the church have kept the kitchen and dining room equipped with appliances, dishes and silver. Many wedding and anniversary receptions are held there.

The church parlor and the kitchenette serving it have been refurnished with memorial funds and are beautiful and functional. Membership has grown to 1200 and growth is consistent with the growth of the town. 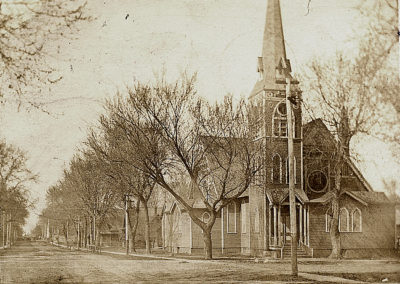 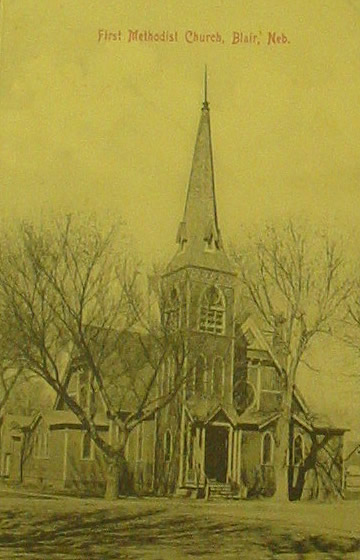 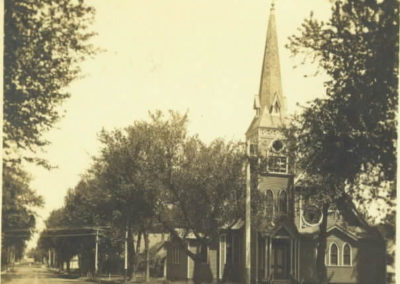 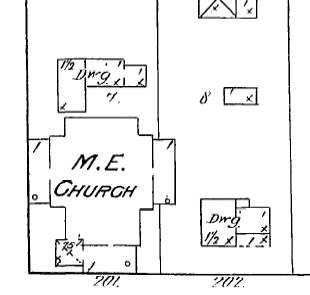